This is a guide and may be adjusted based on circumstances.

Red card offenses carry over to the following seasons (Spring, Summer, and Fall).

Repeat offenders (including teams) are subject to more severe or additional penalties up to and including expulsion from the league.

A team is responsible for the behavior of its fans. Failure of the team to control its fans may result in severe fines or suspensions for the team.

Any team wishing to file an appeal of the actions taken by the Disciplinary Committee must do so within five days after receiving official notification from the committee. After five days the findings become final. A $25.00 fee is required to file each appeal. The fee is refundable if the appeal committee returns a favorable decision. Only disciplinary penalties imposed by the League (e.g., probation, suspension, expulsion, etc.) may be appealed; referee-issued disciplinary cards (yellow) and the associated disciplinary points may not be overturned since doing so would undermine the on-field authority of the referees.

The accumulated points and penalties are as follows:

APPEALS: Any team or individual wishing to appeal a disciplinary sanction should consult your division representative.

The ABASA Board and Disciplinary Committee reserve the right to strengthen (up to and including expulsion from the league) or lessen any sanction based on the best interests of the league.

In June of 2022, the ABASA Board adopted the following Code of Conduct, which all members are expected to withhold:

ABASA is committed to maintaining sportsmanship and a family friendly environment. The members believe that part of the mission of adult soccer should be to set an example for members of our community of how to act with sportsmanship, show respect for opponents, and be an inclusive league for those who enjoy soccer.

Therefore, the ABASA board expects all participants, fans, and team representatives to treat opponents and officials with respect. Failure to do so may lead to penalties. Racial, ethnic, xenophobic, or homophobic comments, or other intimidating actions directed at officials, opponents, fans, or team representatives will not be tolerated and are grounds for suspensions.

The ABASA board looks forward to continued success as a fun place to enjoy soccer in our community. 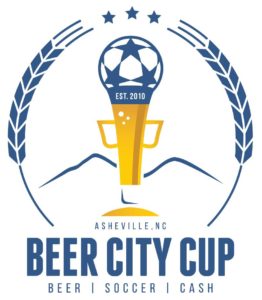